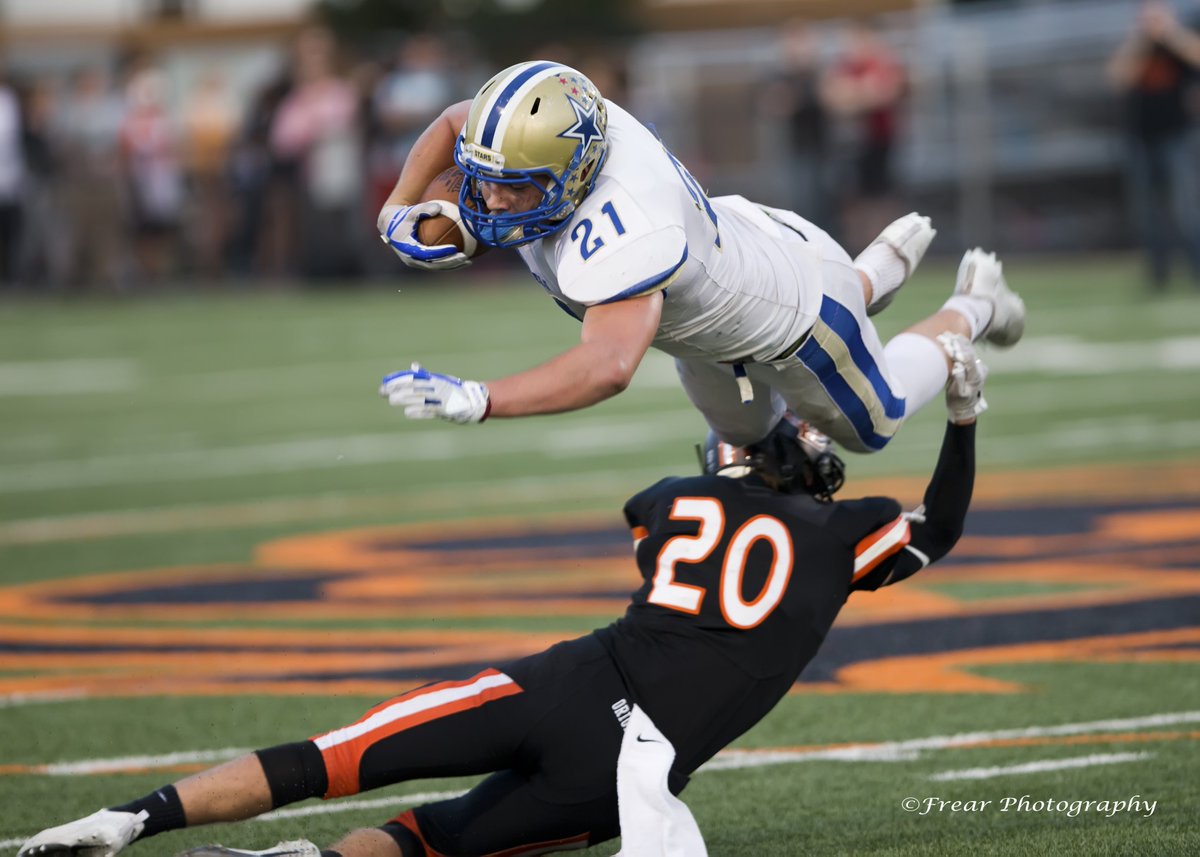 Academy of Holy Angels kept their solid defensive play going through the third game of the season, defeating St. Louis Park 30-0 on Friday.

After giving up just 13 points in their first two games combined, head coach Jim Gunderson wasn’t surprised to see that streak continue. “Our defense was dominant,” Gunderson said. “The story of the game was our defensive line and how we were able to keep their quarterback from doing much. Jason Miller, Mitch Hendrickson, and Alex Gillard were solid.”

Miller, Hendrickson, and Gillard combined for 17 tackles. Gillard added four sacks and one forced fumble, Miller had one sack, and Hendrickson had an interception that he returned for a touchdown with less than two minutes remaining in the game.

“It was a battle of two good defenses,” Gunderson said. “St. Louis Park’s defense kept us in check. They will win games because of their defense.”

Gunderson gives credit to his new defensive line coach, Jason Von Houten, in his first season with the team. “He has been coaching the defensive line really well and the improvement has been leaps and bounds under his coaching,” Gunderson said.

Gunderson is pleased with the way many members of his team took over on offense. “They took away our normal weapons and other guys had to step up,” he said.

Senior John Kosmach scored his first points of the season on a 74-yard touchdown reception from quarterback Joe Heimbold. Gunderson noted Conor McGarry’s big third-quarter play as an important defensive moment. “McGarry had a good game, blocking a punt and getting that safety,” Gunderson said. “The field position we got back after that safety led to our next score.”

After one scoreless quarter, Gunderson said his team made some small alterations to their offensive strategy. “Our adjustment was that we were going to run away from their linebacker Peyton Morrison,” Gunderson said. “Once we ran away from him, we started driving the ball."